The 2022 Champion Motorsports iRacing Season has started in thrilling fashion. The first action of the year featured two highly attended Porsche Cup Spec Races.  Each racing having over 30 drivers in the field provided for some great racing to start the year. Drew Lidkea would take the win at his home track in the North American Series as the Canadian born driver would win at Mosport 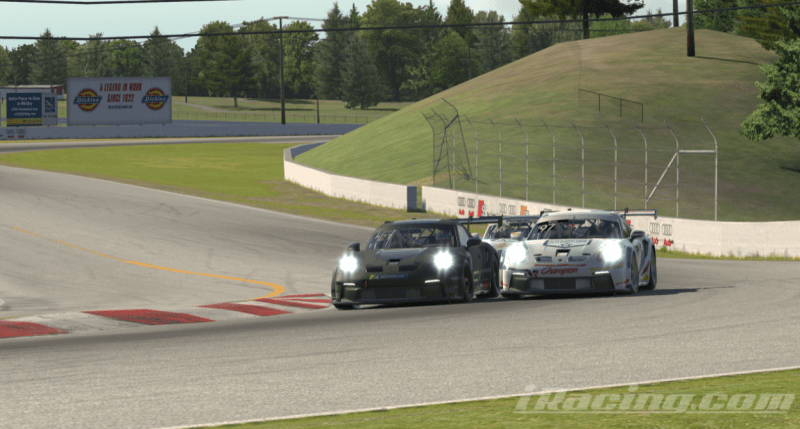 Drew Lidkea Edges for Win at Mosport (above)

In the International iRTES Support Cup Series, Miguel Colon would back up his fantastic Summer/Fall GT3 series with a win at Daytona Road Course.  Miguel had to hold off a hungry pack of cars and teams drafting him on the last lap for a very special win. 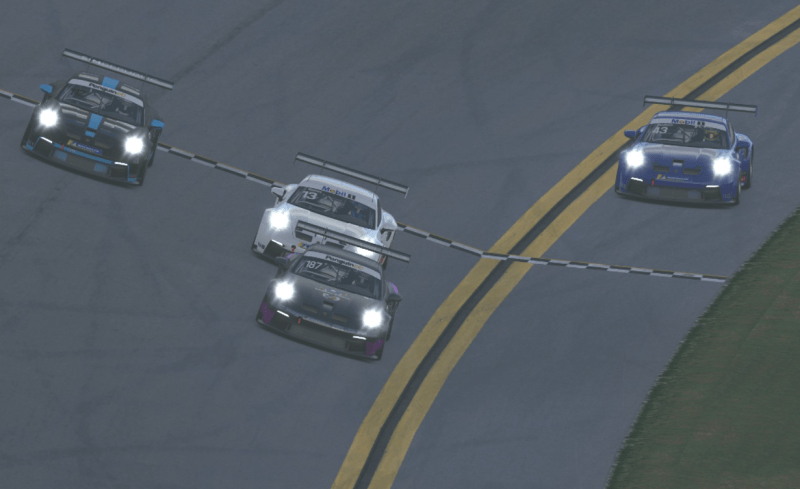 Both of these great series will be back in action in late January and early February respectively as we visit Watkins Glen and Spa.  This will give us an early preview of who the drivers and teams are to beat in each of the six race championships.

A special thanks to everyone at CMS that came out and kicked off the iRacing season in great fashion and supported the Cup cars.